ART MARBELLA ANNOUNCES THE GALLERIES PARTICIPATING IN ITS THIRD EDITION

As last year, I will be at Art Marbella with my Blog and Style Passion TV as official international Media Partner of this great art event.

The third edition of Art Marbella, which will take place from July 28 to August 2 at the Palacio de Congresos y Exposiciones will grow in number of international exhibitors, and will have a number of important Spanish galleries participating for the first time, including Cayón and Galería Pilar Serra from Madrid, and Joan Prats from Barcelona, among others.

According to Alejandro Zaia, director of Art Marbella, “the creation of the Advisory Board for this edition, - comprised of gallerists Pedro Carreras, Carles Taché and María Baró -, helped further establish the fair in the international art calendar, with participating galleries from France, the United States, England, Brazil, México, Switzerland, Austria, Sweden, Slovakia and Argentina.  A great opportunity to discover artists not previously exhibited in Spain.”

Of particular interest will be the solo show by Enrique Brinkmann from Málaga, organised by London gallery rosenfeld porcini, which will showcase a selection of his abstract paintings exhibiting the sculptural qualities that characterise his work.

Dionisio González (Gijón, 1965) will exhibit for the first time during Art Marbella the series Thinking Central Park, his most recent work.  González is a renowned multidiscipline artist and photographer whose work can be found in the permanent collections of Museo Nacional Centro de Arte Reina Sofía and the Museum of Contemporary Photography of Chicago, among others.

Lita Cabellut (Sariñena, 1961), considered the contemporary Spanish artist most valued in the world, is another of Art Marbella’s strong artistic proposals, from the private collection of Gustavo Montoya.  Cabellut’s work is defined by the strength of her photorealistic portraits and her work on large scale canvasses using her own contemporary variation of the fresco technique.

The fair dedicates a space for artists of proximity were has invited photographer María Carrión to exhibit her work, characterized by her search and play with ligh, in a space dedicated to Sotogrande.

For the first time in 2017, Starlite will be a Sponsor of Art Marbella and will have a space of his own to exhibit the work of Emilio Machado, one of the spanish artists more trascendental internationally. Machado higlights because of his figurative works' quality that sorprises in every detail, with the same impact of his abstract work.

The Council of Genalguacil, also a Sponsor, will exhibit pieces from its permanent collection as well as a selection of works by numerous artists that have participated in Art Meetings it has sponsored for more than twenty years.

The prestigious architecture firm estudio Herreros joins the team of ART MARBELLA as design advisors for the third edition.  estudio Herreros has produced the 2008 and 2009 editions of ARCOmadrid, the design of exhibition spaces at the Museo Nacional Centro de Arte Reina Sofía, and the upcoming Munch Museum in Oslo, among others.

Studio Herreros, located in Madrid, has 20 architects from seven different nationalities and reflects 30 years of experience of its founder, Juan Herreros, PhD Architect, Chair Professor of Architectural Design at Madrid School of Architecture and Full Professor at the GSAPP of Columbia University in New York and his partner Jens Richter, with more than 15 years at the firm.

Sweet and glamorous... I love to spread my LifeStyle through images, stories and much more... Follow me and enjoy! 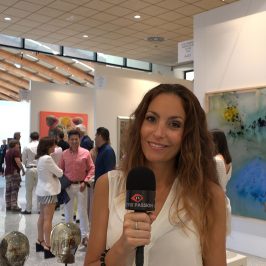 Art Marbella Fair 2016 with 13.000 visitors has been another success. Art Marbella is defined as... 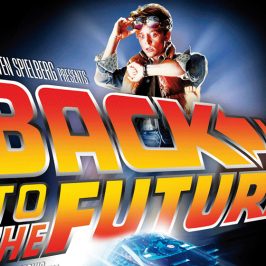 On March the 6th, I participated as International Accredited Press to the Opening Ceremony of... 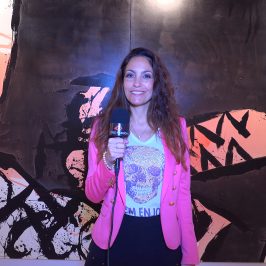 We have assisted to an Art Exhibition in Palacio de Ferias y Congresos Marbella named...

Ariana is Your Personal Consultant in Marbella & Costa del Sol. If you are looking for professionals in Fashion & Beauty, Art & Design, Gastronomy, Entertainment, Real Estate or Business Advice, you are in the right place! Contact info@arianasoffici.com 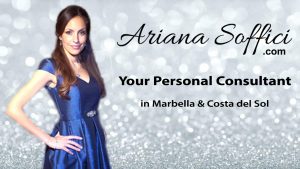 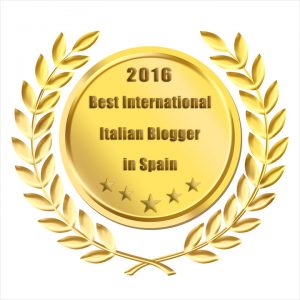 Warning: stristr() expects parameter 1 to be string, array given in /home/customer/www/arianasoffici.com/public_html/wp-content/plugins/custom-facebook-feed/inc/CFF_Utils.php on line 506
Please enter the Page ID of the Facebook feed you'd like to display. You can do this in either the Custom Facebook Feed plugin settings or in the shortcode itself. For example, [custom-facebook-feed id=YOUR_PAGE_ID_HERE].